DIY... Check out an agent or recruiter in only 2 hours...

DIY... Check out an agent or recruiter in only 2 hours...

After I read about identity thieves posing as job recruiters in China asking for passport scans, I started being more careful about people contacting me out of the blue by email or Skype offering me jobs in China and telling me about great-paying jobs but insisting that I send them copies of my passport. So getting a little nervous, I started searching the internet and found a great way to avoid these sort of traps after my colleague shared this with me from something she read. Makes good sense to me. This is self-explanatory...

"Last May I attended a free 2 hour workshop at the Friendship Hotel hosted by the China Foreign Teachers Union and the topic was "Avoiding Scams And Working Safely In China." There were two guest speakers; a woman from SAFEA who was the director of one of the departments there, and a young guy from the Ministry of Education. His name was Bo. There was also a third speaker from the Ministry of Foreign Affairs scheduled for after the lunch break but I could not stay and it really doesn't matter now anyway.

Here is what I learn in the morning session about the five different ways to check out if any agent is legitimate (registered and licensed) and if they have a good reputation (even if they are not licensed - as most appear to be) BTW... This is only for Beijing. There are similar procedures and website for Shanghai and Guangzhou and they are listed on the CFTU's web site:

1) Visit Bldg. 5 of the Friendship Hotel complex (bring your passport or the guards will not let you go in). Go down the long corridor on the first floor until you pass the bathroom. The very next door opens into the international office of SAFEA and a woman named "Song" speaks English and will look up your recruiter in their system. She can tell you in five minutes if they are registered as a recruiter.

2) Go to the Tuanjiehu or Liangmaqiao subway station (line 10) and go just West of the Canadian International School you will find the government licensing building and on the first floor they have a reception desk for Chinese and one for foreigners. If you give them the CHINESE name or the license number of the recruiter, they will look them up and tell you in a few minutes if they are legitimate and how many complaints have been filed against them.

3) Visit this website with a Chinese friend and enter the license number of the recruiter http://www.saic.gov.cn/ and see what comes back and see if the addresses, names, and telephone numbers match.

4) Visit this link and see if you find the recruiter blacklisted. For them to be on this list, three or more people would have had to file a complaint within the last year that did not get resolved (no I don't know what "resolved" means - I forgot - sorry). http://www.chinaforeignteachersunion.or ... s-esl.html

5) If you are in a hurry or to lazy to do all of the above, just send the agent the below letter and ask them to fill it out completely then it becomes much quicker easier to know who you are dealing with.

Re: DIY... Check out an agent or recruiter in only 3 hours..

I had to visit SAFEA in Beijing and you need to know that they moved from building to 5 to building 6 at the Friendship Hotel complex. It is only about a 200 meter walk from the north gate entrance on the third ring road and about a 1,000 meter walk (west) from Subway exit A2 of the Renmin University station on subway line 4. There are no signs that say SAFEA anywhere so print and keep this directions if you plan to work in Beijing. One day you will need this.

Also, I went to the link above and for some reason it will not open. But I found the same form letter everyone has been using in China here at this link

You can even download it and save it in your files. I have used this letter three times in the last two years and it helped me avoid a potential problem that would have cost me quite a few bucks.
Top

Re: DIY... Check out an agent or recruiter in only 2 hours..

Abram... go sell your bs busticket somewhere else. As for the OP this is a GFI (great fuc*ing idea)! I will share your post with all my colleagues. Xie xie peng you!
Top

Re: DIY... Check out an agent or recruiter in only 2 hours..

Awesome! I also found three different ways that are also free and quick. Check this out ladies and gentlemen: http://scam-detector.com/forums/forum/e ... n-teachers
Top

We are in the midst of the biggest recession in living memory – salaries are dropping everywhere.
Some realistic information

According to the CFTU, expect a Chinese monthly TEFL salary of 12,000+ RMB ($1881)? That’s around top price and you’ll probably have to pay your own accommodation, electric, water, internet connection . . . If you’re a starter, you’ll be looking in the region of half that.

The first tier city’s pay more, but that will be swallowed up in the higher cost of living.

In Thailand, expect an average monthly (no tax) of around 30,000 Baht ($837), only accommodation and insurance included.

Japanese and S.Korean salaries have been steadily dropping for years.

You simply can’t compare western salaries with those in Asia, the cost of living is too disparate.

Most of us are TEFL teachers, we do not attract large salaries and no one pays the equivalent of a qualified western teachers salary for a 100 hour study certificate from an obscure TEFL company. Think! How much would a western school pay for someone with a TEFL certificate? That’s right they wouldn’t – don’t expect an equivalent qualified salary elsewhere.

I can't even access the CTFU on the Internet in China without a VPN.
Having said that, it is an informative site, but like any ‘Union’, it tends to get a little carried away with what we actually earn and what it thinks we should and are they who they say they are?
http://answers.echinacities.com/questio ... -operation

If at all possible, stay away from private so-called ‘schools’, which is where all the trouble stems from. Try to get into a government school that has a reputation to keep, WILL be licenced and your employment won’t be dependent on ‘red envelopes’ passed under a table.
Before following CFTU click baits take a quick look at https://www.opnlttr.com/letter/china-fo ... scammed-me
Top

Since June of 2013, you can now look up the SAIC business licenses of legitimate businesses in China but you will need a Chinese friend to help you since it is all in English at the SAIC government web site (see OP for link)

No Chinese friend? Then go to these sites and you will make it really hard for someone to cheat you once your read all this stuff:

Also, don't let someone tell you their school is on the SAFEA White list. There is no such thing. The SAFEA bureau (Foreign Experts Bureau) only registers the schools that are authorized to hire expat teachers. They do no evaluations of schools whatsoever other than to make sure they have a business license and govt. permit to hire foreigners. This is why you should avoid schools that cannot show you their original SAIC license and SAFEA registration.
Top

Thanks for a great post blink. Personally I stopped using agents because they peddle mostly the low-pay jobs that nobody wants and only the newbies take. I won't work for less than 15,000 and most every private school or chain will pay this salary to a native English speaker who signs a 1 year contract. Today in 2016 with the horrible air pollution problems, scams, and hepatitis there is no big line of teachers waiting to come to China. I read the China ESL newsletter that 2,000 less teachers came to China in 2015 than 2014. So while the demand stays high, the supply is shrinking. Even newbies can get 10,000 a month if they are native speakers. Anyone with an education degree is earning at least 18,000-25,000 per month, so don't believe the low-ballers who tell you that "7,000 is great wage." Don't forget to pack your gas mask!
Top

I hope one day admin will make this a sticky. China job applicants are still being ripped off because they don't know how to do proper due diligence. I agree completely with Volunteer above - his links are gold IMO.
Top

I think these 7 questions are the best and easiest way to do TEFL due diligence in China for free... http://opnlttr.com/letter/china-esl-tef ... am-artists
Top

I just made an interesting discovery... This OP post was made back in 2014 when there were at least 100 China job agents and TEFL recruiters advertising on line. Now there just seems to be about a dozen recruiters, but they are all using 5-10 alias names each! I suggest the newbies read this here before sending off any resumes for a China job of any kind http://reddit.com/r/chinascamcentral.
Top

Searching a agent or recruiter agencies in 2 hours is not the easiest task. When you are searching for a leading recruitment company, Some agencies are one of the most dependable recruitment agencies in India. It is offering all types of recruitment related services in the country.

Chcking or searching services like recruiting, staffing, training are important. Many of them are charging reasonably for the services that offer. The other agencies that are operating charge much higher. They have good experience in this domain. This makes others to beat in this arena. This agency has good contacts in different industries that allow to place the candidates easily. They also maintain rich databases with varying profiles that enable us to handle manpower requisitions easily, experts understand the profiles and the related necessities. They are able to source the best fitting candidates for each vacancy.
Ketan
Contractual Staffing Solutions
Top

UPDATE: Nov/2020 .These days in 2020, me and my colleagues find our own gigs and don't need agents or recruiters. But for those who don't have the confidence or employer contacts to go the DIY route, I can recommend this link to you. https://ruqqus.com/+TEFLBlacklist/post/ ... u-who-have The China Teachers Alliance has a similar listing and also rates TEFL courses for its own members, but usually one of the members will post their ratings or newsletters online. If you decide to work in China, in any profession, caution is key.
Look Before You Leap at https://reddit.com/r/teflscams
Top

I just used this method and discovered that Haida HR, The Helen Group, China-TEFL, TheTEFLAcademy.com and TheTEFLAcademy.org are all the very same TEFL Job Scam in Hangzhou owned by Hangzhou Helen. Thank you for a great tip that is gold in my book!
Watch your step in China. There is a pile of shit waiting for your foot around every corner that only laowai seem to step in. See https://reddit.com/r/workabroadfraud.
Top 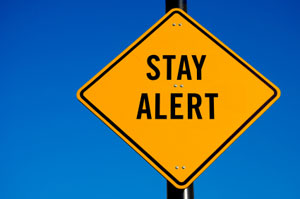 I think today in 2021 there are faster and easier ways to check out anything TEFL for scams in less than an hour. Using just three links should be able to give you a green, yellow or red light on any school, recruiter, job agent etc.

I still prefer the 7 question method since I don't need Chinese or a friend that speaks it. https://opnlttr.com/letter/china-esl-te ... am-artists 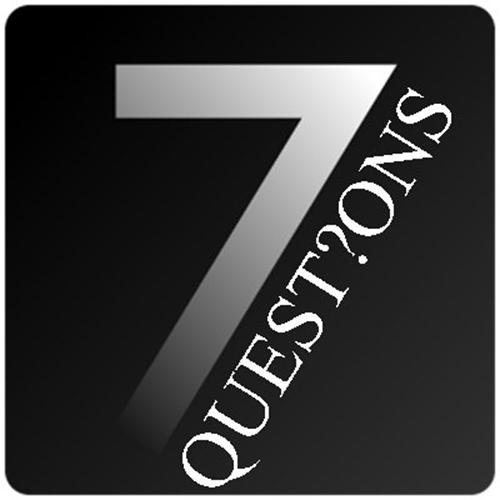 Before sending off your resume or passport scan, be sure to check https://reddit.com/r/teflscams and https://ruqqus.com/+TEFLFraud to vaccinate yourself against foreign teacher job scams.
Top
Post Reply
16 posts • Page 1 of 1