I was checking out some job ads on TEFL forums and another on Societies and then when I went to look on the White and Blacklists, I noticed the email addresses and phone numbers were the same. When I called, I learned that all three offices were in Hangzhou. None of them would tell me about the job until after I emailed them my resume! I got a bad feeling in my gut and so I did not send anything. I then told one of the guys who answered the Haida guys who took my call (Mike Mai) that i would send my resume if h gave me their SAIC business license no. He said I didn't need that and I replied that I did. He then just hung up the phone. I then noticed that TheTEFLAcademy.com and TheTEFLAcademy.org aka tefl-china.com were black-listed by the CTA and CFTU and "The Helen Group" aka Haida was blacklisted by The China Scam Patrol and China Scam Watch. So why aren't they all on the same lists? Of course, none of them are any White List and nobody answers the phone at SAFEA or SAIC on the weekend.
Watch your step in China. There is a pile of shit waiting for your foot around every corner that only laowai seem to step in. See https://reddit.com/r/workabroadfraud.
Top

I guess this explains why I after said no thanks to Haida, I was called two days later with a better paying job by the TEFL Academy who I never sent a resume to! Then after I told them I would "think about it and get back to you next week", I got yet another call the very next day by "China-Tefl" !!!!! That entire group smell fishy. The people at TEFLscams and TEFLreviews on Reddit, don't seem to have any doubt about this Helen woman, and now I guess I don't either https://reddit.com/r/teflreviews and https://reddit.com/r/teflscams.
I suggest every TEFL teacher take a visit to https://reddit.com/r/TEFLscams BEFORE they send off their resumes.
Top 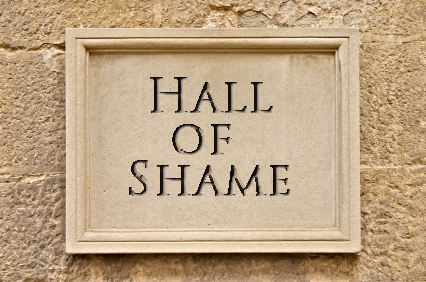 Yes, old Helen has been a curse upon the TEFL industry in China for over 10 years. She dominates the crap school placements in Shanghai, and she has been blacklisted by the CTA, CFTU, and ChinaScamWatch for many years. https://www.docdroid.net/ZU9pFSI/cftu2020blacklist-pdf
Before taking any teaching job in China make a quick visit over to https://reddit.com/r/ChinaScamCentral and https://reddit.com/r/TEFLreviews so your dream job does not become a nightmare.
Top

Thanks for the heads up mate. I luckily have not cross paths with this woman unless it is the same Hellen who runs The China-TEFL group out of Hangzhou?
The best TEFL advice I ever got is at https://reddit.com/r/tefl_tips_traps_scams and right here at TEFL.net.
Top

Prometheus wrote: ↑17 Apr 2021, 14:17 Thanks for the heads up mate. I luckily have not cross paths with this woman unless it is the same Hellen who runs The China-TEFL group out of Hangzhou?

Sorry to tell you bud, but that is the very same "Hellen" although sometimes she spells her name with one "l". She was famous for charging up-front fees and pulling the "bait and switch" job placements - Promising a newbie a great paying job with great benefits that suddenly disappeared after they arrived in China. They have a huge network of agents and the only thing that will tip you off is a Hangzhou address on your contract, which if you sign it will confirm that you lost your mind. Seriously she has caused a lot of misery for hundreds of expats, and my roomie was one of them
Look Before You Leap at https://reddit.com/r/teflscams
Top
Post Reply
5 posts • Page 1 of 1