No one is disputing TEFL scams exit in all countries, but they’re particularly active in China because of demand. They operate in the private sector because they can bypass education requirements as they’re a business.

In a state school you’ll be surrounded by other teachers, the indigenous teachers will be fully qualified, the director will most probably have a Ph.D. in education and the school will be supervised by the education authority. There will be rules and regulations, both your lesson content and performance will be monitored and it will be run professionally. If your teaching is not up to a professional standard, you’re out, no matter how popular you are with your students.

In the private business sector the ‘teacher’ will be the often described ‘performing monkey’ whose job it is to keep the students (customers) happy and the director will probably have an MBA. Unhappy students leaving means a loss in revenue and if you can’t keep the production line supply line moving and turning over a profit, you’re also out. Nothing wrong with that so far if that’s your preferred choice of employment and you’re qualified, unfortunately, most are not.

"In 2015, all the foreign teachers at a Hangzhou branch of Disney English, a Disney subsidiary that teaches English, disappeared overnight after a police raid, local newspaper Metropolitan Express reported. It said that the reason for their disappearance was that none of them were qualified." (en.people.cn).

"Wang Yushi, an official from SAFEA, told media that there were 400,000 foreigners working in China's education industry in 2017, but only one third of them are qualified." (en.people.cn).

Note that Mr. Yushi didn’t refer to schools in the above quote, but referred to the ‘education industry.’ Within this ‘industry’ you won’t find many teachers because it’s not about education, it’s about profit. Yet you will find many employees with fake degrees, those working on the wrong visa, foreigners whose native tongue isn’t even English and of course the, ‘I’m better than you, I want 30/40% more than everyone else and spend my w/ends partying’ minority. Music to a scammers ears.

"They baited and switched me on a job placement in 2017. The owner Ian said I could get a full-time job that paid $3,800 a month with a free furnished apartment with air-fare reimbursement if I completed his TEFL course ($599 at the time) and a fake diploma from him for another $500 which I negotiated down to $300. Since I would be making $3,800 AFTER TAXES it sounded like a great deal … Guess what … I was taken directly to a jail way out in the boonies where I met about 60 other foreigners with similar problems." (eslinsider). Oh the irony of working illegally with false documents and complaining of being scammed!

"David came to China unaware that he was working illegally on an F visa, and that he was unqualified to work at his originally assigned school because he lacked a college degree." (Panda Teachers). Duh!

Scammed or deported, or scammed first and then deported, or pay to get yourself out of probable deportation the scammers led you into, the business sector is the go to place for the unqualified, gullible and greedy. Some having been scammed multiple times still haven’t realized that without them the scammers wouldn’t exist, as they head off to anonymous web pages promoting the same fantasies that got them scammed in the first place. These anonymous pages will be crawling with scammers. No one is going to set up a huge spammy link farm to help you for free. You might not initially see the scam, but be assured it’s there waiting for you.

"If you are in Beijing or Shanghai, we can introduce you to the lawyer once you send us a copy of your complete unedited contract by electronic scan to legal[at]ChinaForeignTeachersUnion.org and he will charge you a f;lat 10,000 yuan fee to nullify your contract without loss of pay, nor visa." (ESLwatch reviews for CFTU).

1. Although the business sector pays higher than government schools, the actual teaching and what’s politely termed ‘extra activities’ will be reflected in that salary with 45 to 50 hours per week not uncommon. Additionally, a minimum of freebies in your contract such as free accommodation, utilities or a food allowance will mean that you’re often required to pay for those out of your salary.

2. No one is going to pay you ¥50000 a month and everybody else half that for your TEFL certificate. That individualism and competitiveness will be seen as a character defect in a communist country.

3. There are larger institutions you can approach directly that will have the expertise to get you a work permit. You will not however succeed in a DIY approach that cuts out recruiters and claim the commission for yourself. That will go in the director’s pocket, not yours.

4. Scams require the agreement of both parties. If you choose the allure of high salaries and think teachers have a party animal lifestyle in the private sector, don’t later complain you got scammed. You got scammed because they knew what you were and wouldn’t last long in any job.

5. There are of course bone fide language centres, but they won’t be paying fantasy salaries. Stay clear of anonymous spam link sites that promise you they’ve got it all worked out for you and decide which you prefer; a lower paid job than the business sector, but with a manageable workload containing professionalism and security? Or higher hours, more pay and the chance of being scammed.

6. Remember: Scammers operate exclusively in the private sector for good reason and the best way to avoid them is not to join in.
State or private, the choice is yours.
Before following CFTU click baits take a quick look at https://www.opnlttr.com/letter/china-fo ... scammed-me
Top 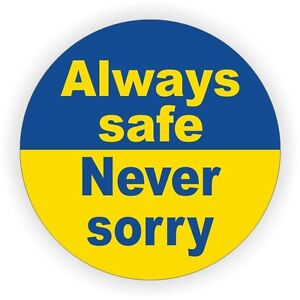 Actually, the scammers, skimmers , and identity thieves don't seem to care where you work. Whether you ask to work in low-pay public schools and universities or the high pay international schools or anywhere in between, once a middleman job or visa agent or a TEFL recruiter gets their hands on your resume and passport scam, you are already in danger of identity theft and 30% of all TEFL job applicants in 2019 were ripped off, and according to the CTA, the average loss was $9,600. Using middlemen will also guarantee that you get months of spam and dozens of unsolicited calls every week, because they also will peddle your resume to at least 20-30 resume brokers and job agents. That gets real annoyong quick.

The only real way to eliminate the risks altogether is to avoid all agents and recruiters and apply directly to whichever school or training center you prefer. If you choose a high-paying international school or any that are SAFEA-registered with a SAIC Business License, you will have the same low-risk of a public school with double the pay. These schools are required to carry insurance and post a security bond with the Chinese government to prevent fraud and/or pay claims filed by teachers, staff, or customers. Private schools that have no SAIC business license or SAFEA registration must be avoided at all costs. You have no protection or recourse against them. You will find these snakes on all the blacklists and also at https://reddit.com/r/teflscams .

Two great advantages of working for an international school or a public school/university is that 1) you have week-ends off (unless you volunteer to tutor) and 2) these schools are honorable and stable. Occasionally you might find a corrupt principal who takes bribes to admit students that may not be 100% qualified, or to get them to the head of the waiting list, but not much worse than that.
Look Before You Leap at https://reddit.com/r/teflscams
Top

Nonsense. It’s impossible to get scammed unless you agree to join in. My resume is online and if yours isn’t it’s like having a business without advertising the product. Equally, someone wants a scan of my passport they can have it. Neither of these will get you into my bank account and the recruiters will only target those they think will work for them and/or give additional personal information. When scammers see someone who never has a contract renewed and flits from job to job with no references, they know they’re onto a winner. It’s why you get scammed.

You will not get a job in an international school, who only recruit from qualified teachers, hence the high salaries. There are also very few schools or language centres who recruit directly and why they use recruiters. Those that do will not be offering you high salaries because of DIY. State schools can’t accept bribes, entrance is done by exam results; you’re thinking of private language centres. There you are, a bit of information the spam links don’t tell you.
Before following CFTU click baits take a quick look at https://www.opnlttr.com/letter/china-fo ... scammed-me
Top 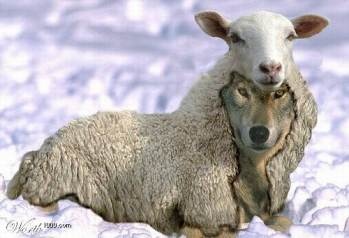 Sorry to have to say this John, but all of your comments are very convenient for your efforts to recruit teachers for your principal friends in Erdos, Inner Mongolia where you admitted working and repeatedly keep telling us why it so much better to work for a public school - in Inner Mongolia of all places. I stand behind my previous post 100%, and now agree with Cricket, that you are one of these people since you clearly fit the profile: viewtopic.php?f=18&t=9042

The other thing I notice, is that if anyone disagrees or challenges you, you either mock them or falsely accuse them of being secretly connected with the CFTU. You would be much better off to admit yuo are a recruiter, and just be an honest one. We would all respect you for being up-front about it.
Look Before You Leap at https://reddit.com/r/teflscams
Top

""Actually, the scammers, skimmers , and identity thieves don't seem to care where you work. Whether you ask to work in low-pay public schools and universities or the high pay international schools or anywhere in between, once a middleman job or visa agent or a TEFL recruiter gets their hands on your resume and passport scam, you are already in danger of identity theft and 30% of all TEFL job applicants in 2019 were ripped off, and according to the CTA, the average loss was $9,600. Using middlemen will also guarantee that you get months of spam and dozens of unsolicited calls every week, because they also will peddle your resume to at least 20-30 resume brokers and job agents. That gets real annoying quick.""

I have to agree with you. I spend a lot of time reading the posts at https://reddit.com/r/teflscams and I see all the horror stories at https://reddit.com/ChinaScamCentral and I see that the victims are from teachers that work at both private and public schools, and usually (not always) it is either the recruiter or the visa agent, or identity thief doing most of the cheating - in other words the middlemen. In my case, I got scammed by both my recruiter and the private school.
Watch your step in China. There is a pile of shit waiting for your foot around every corner that only laowai seem to step in. See https://reddit.com/r/workabroadfraud.
Top

What you should have written Blue Moon is that you and your fellow spammers already got scammed (some several times) because of your naivety and greed. You obviously haven’t learned your lesson and are still intent on leading others to illegal unions and click bait scam sites.
Before following CFTU click baits take a quick look at https://www.opnlttr.com/letter/china-fo ... scammed-me
Top

Thank goodness we all have brains and freedom of choice!
I suggest every TEFL teacher take a visit to https://reddit.com/r/TEFLscams BEFORE they send off their resumes.
Top
Post Reply
7 posts • Page 1 of 1