Veteran TEFL teachers all know the name of I-To-I.com from way back in 2007 when this British company was getting the most posts on the first TEFL blacklist (see below link) and after two years of continuous complaints that tainted their reputation so much that nobody would even accept their sales calls, they started up a new company called OnlineTEFL.com and stopped advertising under the I-to-I name for 2 years, and learning from their past mistakes they got fewer complaints until around 2012 when they launched a really sneaky and unethical "TEFL Internship" program that basically robbed 50% of teacher's salaries. By 2015 they were filling up the TEFL forums with complaints again. This below was taken from a reddit review site that explains their deceptive but brilliant fraud...

"These people are the pond scum of the TEFL industry with one of the loooooooooongest histories of cheating newbie teachers. They became famous when they were exposed in 2015 for their "Teacher Intern Program". This was a devious scam where they put teachers into real jobs but told them they were going to be interns for 90 to 180 days at "reduced salary". So if a teacher had gone direct to the employer they would have gotten a $3,000 monthly salary, but because OnlineTEFL or I-To-I placed them as a "TEFL Intern" their salary was only $1,500 and OnlineTefl.com would pocket the other $1,500!"

So Rex the owner, a clever Brit dusted off the I-To-I brand after having a hacker delete, corrupt, or "redirect" all the old scam links and went back to advertising as I-to-I again with a brand new snazzy website that fooled all the newbies and business picked up again. But the old veterans were not fooled and avoided them like the plague. The VP of Sales was a friendly but frazzled woman named Margaret or Marjorie (I cannot recall at this moment) and she actually broke down and admitted to my colleague who went to her office and demanded a refund for a really horrible TEFL course they falsely claimed was endorsed and used at Oxford University, that she was paid a very low salary but a high commission and had a growing family to support. She was so compelling that my colleague felt sorry for her and when the owner gave him a refund to end the scene he was making at the U.K. office, he gave her half the money and told her to buy new shoes for her three kids.

But the deceptive sales not only continued but spread int other equally dubious programs like guaranteed job placements for anyone who bought their expensive TEFL course. If the graduate of their course did not get a job offer within 30 days of graduation they were promised a refund That gimmick worked great for the first few months. The problem was that graduates would get mystery calls from "private numbers" or equally mysterious emails offering them really low-payiing jobs in horrible places like Mongolia, Morocco, Haiti, Bolivia, etc. But since the "job offers" were made within the 30 days, nobody was entitled to a refund. And when the next job offer arrived for China, Korea, or Poland the newbies would jump on it not realizing the Brits would be slicing off 25% of their monthly salaries for themselves. Btw... here is a piece of old TEFL history https://internationalteflreviews.wordpress.com/ and this one goes all the way back to 2007: https://teflblacklist.blogspot.com/2007 ... -tefl.html

By 2016-2017 all these deceptions were starting to be exposed with the veteran TEFL teachers in Asia and complaints were being posted faster than Rex could have his hacker delete them. The China Scam Patrol, China Scam Busters, China Foreign Teachers Union, and China Teachers Alliance all blacklisted the two entities TEFLOnline and I-To-I. And that is why today they advertise as LoveTEFL.com to escape the shadows of their shameful reputation. And thus, the cat and mouse game continues. https://www.reddit.com/r/TeflReviews/co ... d_warning/

Rex did not invent the TEFL name game. That honor goes to a Chinese woman who only uses fake Chinglish names Rebecca Tang, Rosie Tang, Rose Tang, Roseanne Tang, and Rachel Tang who as you read these very words advertises under 15 different alias names, despite being arrested for fraud 3 times in the last 10 years. If you are interested in keeping up with the TEFL name game scammers i suggest you keep these below links handy and check them about every 45 days. Fortunately TEFL.net is run by an honorable guy who seems to be doing a good job of protecting users on this forum with a long thread warning everyone of the scammers as they are exposed. Add Joe's list to these here;

Look Before You Leap at https://reddit.com/r/teflscams
Top 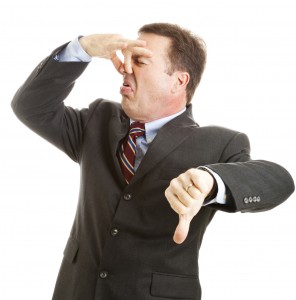 It cracks me up when these OnlineTEFL.com scammers think by changing their names, they can erase their past histories which in this case are horrendous. I the above complaints are not enough to give their M.O., try these here...


LoveTefl.com, I-to-I.com and OnlineTEFL.com are all the same fraud owned by the same Scam Artist Rex in the U.K.
Before sending off your resume or passport scan, be sure to check https://reddit.com/r/teflscams and https://ruqqus.com/+TEFLFraud to vaccinate yourself against foreign teacher job scams.
Top

I've run a couple of weekend courses for i-to-i in the UK. The materials were fine, the trainees were generally happy, committed teacher-types, the company paid up fairly soon after the course was completed.

Some apples are bad, but this one is rotten to the core. They squeeze teachers like lemons trying to get every last dime from them, no matter how much they have to bend and hide the truth. Most who take their job placements don't know they were screwed for months, until they see what other teachers are earning. And their online tefl course is almost worthless except in a handful of countries where they will accept any certificate. Did you own they own their own TEFL review sites so they can post great reviews on the internet?

Rex and his band of smooth-talking sales reps continue their heritage of lies and misrepresentations, and when they get caught they simply say "you misunderstood"! The I-to-I and OnlineTEFL crew were the ones to pioneer the bogus teacher internship scam back around 2014 https://abroadreviews.com/warning-onlin ... lever-scam

I always thought these Brits were legit until one of their sales rep called me about 7 months ago to sell me an online tefl course for $499. I tried to be polite and told the girl I would "think about it and get back to you". I was hoping that would be the end of it. But she called me back 3 days later with "good news" that I could get a $100 discount on my course if I referred 5 of my colleagues to her! I still remained polite and told her "No Thanks".

About 5 days later she called yet again with even better news... ""The company was celebrating it's 20th anniversary and all courses were now on sale for 50% off!". I again took a pass. Finally, a full week later some guy called me claiming to be the Quality Control Manger who had the best offer yet! He said I could have the course for just $99 if I agreed to give 1 written and 1 video testimonial about the great course and customer service! I just hung up the phone, and thankfully, have not heard from them since. Need I say more?
Top

You know, I have seen their ads all over the internet for years and never suspected they were doing such sneaky things, and I guess, just plain lying. Yeah, I know people will say all sales people lie to sell a car or time shares, etc. But these lies told by this British trio can bankrupt someone or get you stranded thousands of miles from home and forced to work illegally to just eat, live, and buy an airplane ticket home. I found these stories and complaints on just one site and there are a bunch more at eslwatch.info too:

https://realscam.com/blogs/seattle/292- ... xpats.html
Watch your step in China. There is a pile of shit waiting for your foot around every corner that only laowai seem to step in. See https://reddit.com/r/workabroadfraud.
Top

In 2019 I met a girl from the U.K. (let's call her Cindy) who used to work for onlineTEFL.com and she confirmed that LoveTEFL.com is the reason she quit working for the owner Rex. She said all the sales people were instructed to deny any connection between the two companies but were not told why. Cindy said she was paid good money and she met her BF working there. He worked in the marketing and sale department and he was in charge of making testimonials and reviews. One of his colleagues had the full time job of scanning the internet to find negative comments and reviews, and then have them erased by paying a hacker the company had been using for a few years. But Cindy had told me there are some sites like wordpress.com and glassdoor.com that hackers can't remove or corrupt so they either "push down" the post in the search results, or the colleague of her BF would simply write 10 positive fake reviews for every bad one to bring the rating up and make the company look good. https://www.glassdoor.co.uk/Reviews/Emp ... 976474.htm

Cindy also told me that her BF was then assigned the extra duty of monitoring the Facebook pages for LoveTefl, OnlineTEFL, and I-to-I and delete all the crappy comments that made the company look bad - basic censorship I guess you would say. Her BF refused at first but they offered him a 2,000 Euro raise, so he took on the extra assignment. But she said her BF got a guilt attack after reading some of the really ugly and nasty comments from those who were screwed by the company in mostly fake teaching internships and their sub-standard online TEFL courses and how the company removed the "satisfaction guaranteed" and pledges of a full refund.When her BF tried to give up that job, he was told the company had no other job for him and basically he resigned. Cindy and him recently moved to Argentina to teach English and art right before COVID hit. I stayed in touch with her, and may go to Argentina myself since her feedback is all positive on Argentina.
The best TEFL advice I ever got is at https://reddit.com/r/tefl_tips_traps_scams and right here at TEFL.net.
Top

What's with the huge font? If you want people to take you seriously, use a standard size.
Top

I’ve started using large. If you use standard the following large font drowns it out, which I suppose is why they started using it.
Before following CFTU click baits take a quick look at https://www.opnlttr.com/letter/china-fo ... scammed-me
Top

I think the large font is much easier to read. - nothing more. I did not even know it was an option until I saw others using it.
Before sending off your resume or passport scan, be sure to check https://reddit.com/r/teflscams and https://ruqqus.com/+TEFLFraud to vaccinate yourself against foreign teacher job scams.
Top

The ‘others’ being the spammers, because no one used it except for headers until they arrived and started a new trend.
Before following CFTU click baits take a quick look at https://www.opnlttr.com/letter/china-fo ... scammed-me
Top

Did anyone of these companies every explain why they need three names to sell the same products and services? If not I would say their silence and lack of rebuttals suggests an admission of guilt - at least imo.
Top

A rose by any other name is still a bloody rose mate. https://www.reddit.com/r/TeflReviews/co ... d_warning/
The best TEFL advice I ever got is at https://reddit.com/r/tefl_tips_traps_scams and right here at TEFL.net.
Top
Post Reply
13 posts • Page 1 of 1